It's exciting to have LIVE theatre back at the Pond Playhouse! Check out what dazzling shows are in store for the 2022-2023 Season!

An Audio Presentation produced by John O'Brien, and directed by J. Clayton Law 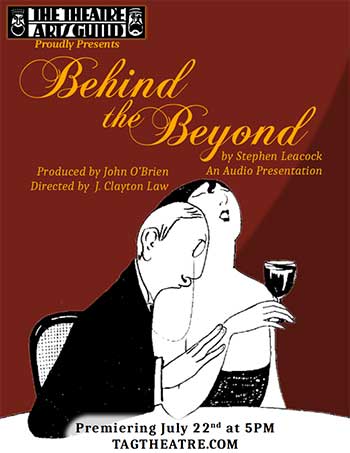 Join humorist Stephen Leacock for a night at the theatre with a production of the scandalous Problem Play, Behind the Beyond.

Lady Cicely is deprived of life, and seeking a way out of her languishing existence with her husband, Sir John Trevor, a politician in the House of Commons. With Jack Harding, Sir John’s secretary, she plots a way to run away with him. Meanwhile, Jack's mother, Margaret, has sent a letter to Sir John saying she is on her way, reminding him of his past deeds. How long can one run from reality? Can one truly hide from truths and revelations behind the beyond?

Based on the book, Behind the Beyond, and Other Contributions to Human Knowledge by Stephen Leacock, 1913.

Recorded over Zoom via Mariposa and at The Pond Playhouse
Coming to YouTube and tagtheatre.com/AudioPlays.html. 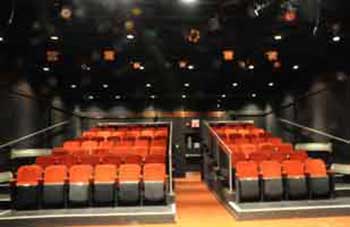 Theatre Arts Guild invites all members in good standing to attend the Annual General Meeting. The current Executive Board will present annual reports, including the financial statements. Elections will take place for the 2022/2023 Executive Board. A Nominating Committee will present a slate of officers. Nominations will also be accepted from the floor.

Want to make an audio play? Want to learn how? E-mail Joshua Law at telescopetheatre@gmail.com with a script you wish to direct in our 2022/23 season. The script can be 1 minute or more, but must either be original or within the public domain.

Check out our April Newsletter.

Stream TAG's digital content for free! Check it out.

Thank you to the many contributors that have supported TAG since the beginning of the Pandemic. We appreciate all that you do for us, and we look forward to a joyous return to live theatre in the near future.

A TAG membership is the ideal way to help your community theatre thrive while developing your own theatrical skills, interests, and making new friends. Now you can join online!